New technological solutions, digital platforms, and applications have been developed to combat social inequalities and promote inclusion. Algorithms are the base of most of these innovations, represented by mathematical formulas in programming languages. In the Math for Change: The Impact of Algorithms on Social Inclusion event, a group of experts, educators and social entrepreneurs exchanged ideas with the audience on the role of mathematics for social transformation, inclusion, and democratization of technologies.

The diversity of guests provided a broad approach to the theme, highlighting the social and ethical implications of new technologies. The use of e-learning methodologies was a recurring idea at the table, as well as the need to stimulate the attractiveness of mathematics to students in schools. 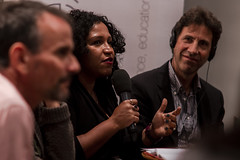 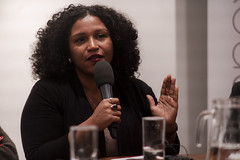 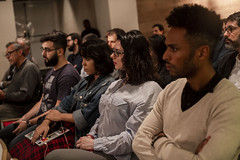 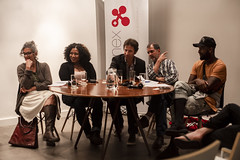 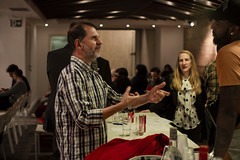 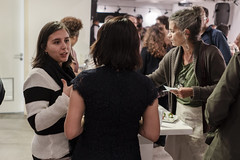 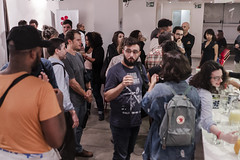 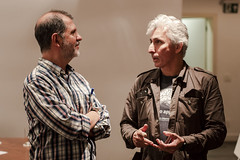 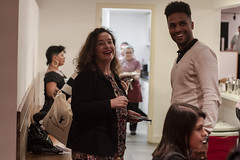 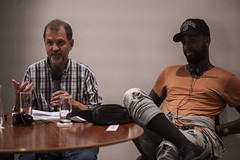 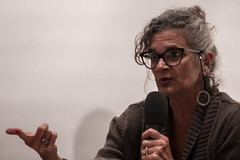 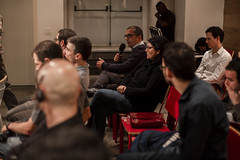 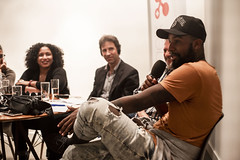 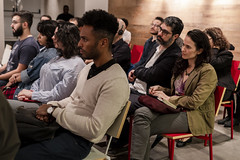 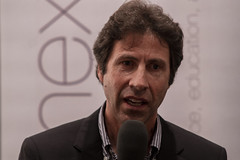 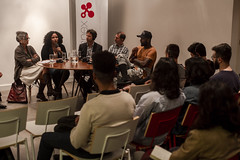 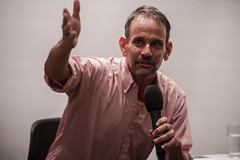 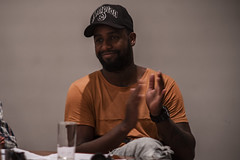 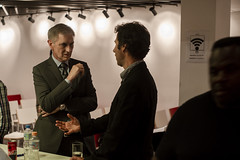 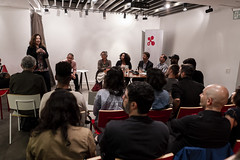 Peter Bühlmann (ETH Zurich)
Professor of Mathematics at the ETH Zurich, where he received his doctoral degree. Worked as a postdoc in the Department of Statistics and assistant professor at the University of California, Berkeley. His main research is in the field of statistics, with connections to machine learning, bioinformatics and computational biology. Of special interest are the areas of high-dimensional statistics, computational methods for large-scale modeling, and causal inference.

Silvana Bahia (Olabi)
Director of Olabi, a social organization focused on social innovation, technology and diversity, where she coordinates Pretalab. Member of the Group of Research in Politics and Information Economy and Communication of the Program of Post Graduation in Communication of UFRJ, master in Cultura and Territorialidades by UFF. Silvana is a collaborator of the Afroflix platform and received the Digital Culture Highlights: Social Innovation and Technology Award, granted by the Banco do Brasil Cultural Center and the Advanced Program of Contemporary Culture of UFRJ in 2017.

Fábio Ferrentini (Tércio Pacitti Institute)
Holds a bachelor’s degree in Computer Science (Bachelor of Mathematics in Computer Science) from the Federal University of Rio de Janeiro, a Master’s Degree in Systems and Computer Engineering (Coppe/UFRJ), Ph.D. in Technologies and Science Education (University of London) and post-doctoral from Oxford University – Learning Technologies Group. Works at the Tércio Pacitti Institute for Computational Applications and Research of the Federal University of Rio de Janeiro.

Lucas Dominique da Silva (Instituto Maria João Aleixo)
Lucas lives in Rio de Janeiro since the age of 8 in a poor community (favela). He works with the creation of accessible pedagogical materials, technology and innovation, within the IMJA (Instituto Maria João Aleixo). The institute is dedicated to the formation, creation and diffusion of knowledge about popular spaces that aims to overcome the hegemonically negative view of peripheries and favelas. He began the research on how to bring more black and peripheral people to the technology field, trying to create products that translate and have the essence of the periphery and favela therefore fostering social inclusion.

Rita Afonso (Desis Network)
Professor at Federal University of Rio de Janeiro in the Business Administration School. She is an associate researcher at the Technology and Social Development Laboratory and at DESIS Network – Design for Social Innovation and Sustainability, both in the Graduate Program in Production Engineering. As a researcher, she works within the LASIN-Latin American Social Innovation Network (co-financed by the European Commission) on several projects. Her areas of Interest are new ways of production and consumption, social innovation, management of social initiatives and digital humanities.

Photo by Markus Spiske from Pexels