GIMLA (The St. Gallen Institute of Management in Latin America) and swissnex Brazil organized an interactive debate on smart cities on September 18, 2018 at swissnex Brazil event space in Rio de Janeiro. During this inaugural event of WISE (Working group on Inclusive and Sustainable Urban Environments), several experts shared their views on the potential of technology, innovation, and smart cities concepts to address current development challenges in Rio de Janeiro.

The Importance of Cities

Cities play an increasing role in shaping our societies and future developments. They are home to most of the global population, concentrate economic power and trade, and stimulate innovation and change. Latin America is one of the most urbanized regions of the world (80%) and cities generate more than 70% of its GDP. Answers to many of today’s development challenges will need to be found in and with cities.

The concept of smart cities acknowledges the fast pace urban environments change as well as the need for more intelligent and encompassing approaches, which include all sectors into decision-making. New technologies enable to close the gap between constantly changing conditions and the response pace/scope of implemented answers. From intelligent transport systems, smart grids, to sophisticated geolocalization services: the main challenge remains how to make smart cities different from their predecessors ? The industrial, service-based, and creative cities were often as much engine of growth as of inequality and exclusion.

From Smart to WISE

GIMLA created a Working Group on Inclusive and Sustainable Urban Environments (WISE) in order to foster cutting edge research and cross-sectoral exchanges on the growing interest of smart cities in Latin America. The aim of WISE is to stimulate multi-disciplinary debates with a more human-centered focus by creating synergies between research, teaching, and outreach activities. The working group generates new insights into the multiple ways new technologies might reverse certain urbanization trends and contribute to more sustainable and inclusive development. 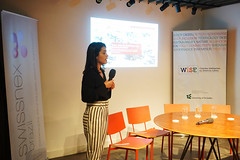 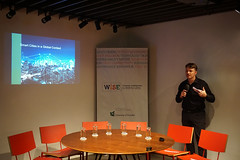 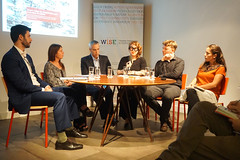 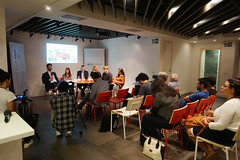 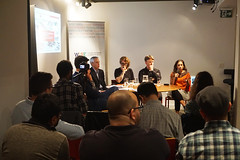 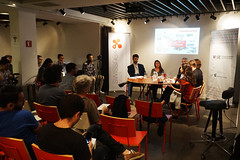 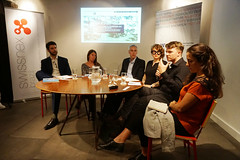 Maria holds a PhD in Systems and Computer Engineering from the Federal University of Rio de Janeiro, a Master’s degree in Geology and Marine Geophysics from the Fluminense Federal University, a Bachelor’s Degree in Biological Sciences as well as in Marine Biology. She has experience in the areas of knowledge management, database, data quality control and management of multidisciplinary teams in environmental and citizen science projects. Her current research focuses on the design and evaluation of technological infrastructures for public participation in scientific research, in particular those that are based on citizen science approaches. She is a co-creator of Blue Change, an initiative to disseminate and advise on citizen science projects in Brazil related to the conservation of marine and coastal environments. Since 2016, she is a research leader in the Futurelab where she coordinates the development and operation of the Fast Science Platform, an infrastructure designed to support the creation and execution of scientific projects with participation of the society.

Project Coordinator, Institute Of Technology and Society of Rio De Janeiro (ITS)
Luiza graduated in International Relations from the Fundação Armando Álvares and Penteado (FAAP) and obtained a master in Business Administration in the line of IT from the Fundação Getúlio Vargas (FGV-SP), deepening the debate on collaborative economy, creative economy and innovation. She worked as a research coordinator at the Center for Studies on the Development of the Information Society on the development of information and communication technologies in Brazil. Luiza also specialized in research methodologies and is the project coordinator of ITS Rio, leading the line of research Rethinking Innovation.

Jhessica holds a Master and PhD in Communication from the Graduate Program in Communication and Culture of the Federal University of Rio de Janeiro, with a graduate research trainee realized at McGill University. She obtained a bachelor degree in Public Policy Management from the University of São Paulo. Since 2011, Jhessica works as researcher and project leader at the Getulio Vargas Foundation Technology and Society Center (CTS-FGV) where She coordinates research projects, teaching activities and advocacy. Among the current projects are the “Discrimination and Data Control in Brazilian Smart Cities” and “Mapping Digital Media Brazil” (OSF), “Shadow Libraries” (IDRC / MIT) and “CODE” (IDRC). Between 2015 and 2016, Jhessica has worked as a visiting researcher at the McGill Institute for the Study of Canada (MISC). Since 2017, she has been a postdoctoral fellow on the Right to the City and Night Studies at the State University of Rio de Janeiro.

Coordenador da Frente de Cidades do Estudo de IOT, BNDES
Eduardo Kaplan Barbosa holds a bachelor ́s degree in Economics (UFRJ) and master ́s degrees in Urban and Regional Planning (IPPUR/ UFRJ) and in Public Administration in International Development (MPA/ID) from Harvard Kennedy School. He started working at BNDES in 2006, initially supporting subnational entities’ investment projects at the Urban Development Department and later conducting the evaluation and design of innovation and regional  development policies as an advisor to the President. Currently, he works at the Information and Communication Technology Department as the coordinator of the Smart Cities Initiative. Eduardo has also taught courses on Public

Project Management And Networks, GIMLA
Anthony is a French-Austrian national and a trained architect and urban planner with a PhD in International Development Studies (IHEID). After post-doc and visiting positions at the University of Sao Paulo (USP-CEM), University of Lausanne (UNIL-IDG), University of Basel (Europainstitute), and the ETH Zurich (CASE) he joined the St. Gallen Institute of Management in Latin America (GIMLA) in early 2018. Anthony’s research and teaching interests are focusing on the political economy of urban transformation and the question how cities can be made more livable, safe, und sustainable for its citizen.

The potential for decentralization and increased reliability of Blockchain technology was the theme of this panel ...

The Global Cost of Electronic Waste: Swiss and Brazilian experiences

Electronic waste is a problem of high impact on the environment. Check out the event organized by swissnex Brazil ...

The role of mathematics and algorithms for social transformation, inclusion, and democratization of technologies